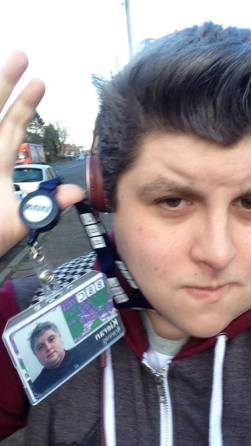 Kieran Brannan is a guy I know from university; I’ve not taught him, but seen him around Spark FM, the community radio station we volunteer at together.  And now, he’s graduating straight into a BBC position; a runner with BBC Scotland.

Well, I’ve long admired people who can post content about their emotions in connection with their creative self so freely; take a look around the posts here and you’ll see only positivity from me.  It’s not a defence, exactly, it’s how I want to present myself online.

So Kieran took part in today’s #99PodcastHour (every Tuesday, 7pm – 8pm GMT) and shared this; 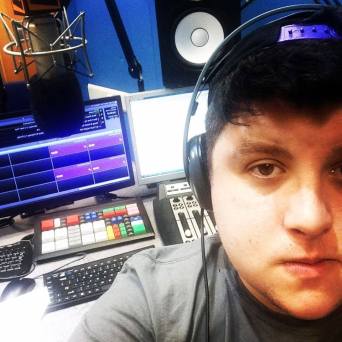 So its been a long time since I sat down and wrote something. Maybe its because I’m lazy or that I’ve had nothing worth writing.

Whatever the reason the fact is for a while there I seemed to have developed depression and anxiety which considering the type of person I am was rather surprising. I’ve always thought of myself as an optimist and for that matter an extreme extravert; I love people! But all of a sudden I found myself afraid to leave my room or deal with people at all and I thought I would never be able to make anything of my life because I was going to fail uni and have wasted 4 years of my life. Luckily I spoke to someone, well Chloe spoke to someone for me. For those of you who don’t know Chloe is my wife. She made sure I was able to complete my dissertation and still get my degree.

After that I ended up with a job! I know right? After all the struggle I found a job whilst I was living in Sunderland with the BBC based in Glasgow. Of course I still wasn’t myself at the time and I didn’t have the highest of hopes actually getting it but then next thing you know I was on a train to Glasgow the day after my graduation ceremony for my first interview. Turned out to be an odd aptitude test I wasn’t expecting but somehow I managed to make a second interview and then either just before or just after Christmas 2015 I received and email saying I had the job! Now its not the most glamorous or high profile position but considering I had just completed uni the fact I got into a job in the field that I had spent so long studying to be a part of and dreaming of calling my career. 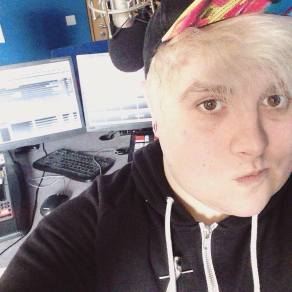 So off we went, Chloe and I said good bye to our friends in Sunderland and moved to Glasgow. I don’t know why but I’ve never considered or wanted to live in Glasgow, nothing against it or anything I just never thought I’d live on the west coast of Scotland.

Now the job isn’t like a full time thing, its basically a zero hour contract so the shifts weren’t exactly coming in thick and fast so I took a little  initiative for once in my life. I spoke with someone at the BBC about maybe doing some work experience in the radio department, mainly because the job I have isn’t really radio based and radio is where I’ve always wanted to be and secondly because I was a bit bored doing nothing haha. I got put on the Kaye Adams Programme and two weeks later I was getting paid shifts with them! Apparently I’m very good at what they need me to do and I was worth adding to the team! Again this is only freelance so I’m never guaranteed shifts but thats not the point, the point is I am getting paid to work in a job that is everything I’ve always wanted to do.

This is what I am trying to say. Things get better. So stick in there guys, keep trying and remember when things are hard find someone to talk to, their help could make all the difference in your life.

Kieran recently vlogged about his trip to Edinburgh, for YouTube Creators Day.