Hello, Creatives!  Usually on 99% Perspiration, we’re interviewing other creative professionals to find out what advice they have in store for emerging creatives, and what skills/knowledge they can offer us.  And I must say, it’s nice, and really rather surreal, to have the tables turned.

Ryan’s the one looking goofy on the left, I’m the one with less than cool fashion sense on the right. Who even wears knitted ties?

Juice Festival blog’s Ryan Kennedy decided to catch up with me over lunch and find out what advice I had in store for other creatives; particularly those interested in starting their own podcasts.  Here’s the post (originally posted to the Juice Festival blog website).

Today’s post is part one of a conversation I had with Jay Sykes, who among many other things (including teaching radio at the University of Sunderland, working for an Arts networking organisation ArtWorks-U, and occasionally contributing to this very blog) produces a podcast called 99% Perspiration in which he talks to creative professionals about how they got to where they are.

In this first part we focus on interview techniques and interesting tangents (whilst taking one itself) and then discuss some of the process of making a regular podcast .

Could you start by telling us a little bit about your Podcast?

Yeah, so I produce a podcast called 99% Perspiration.  It was weekly, I suppose I’ve let that slip a bit.  Originally it was a weekly podcast offering interviews and advice for creatives, from creatives.  So…somewhat similar to what you’re writing at the moment.

Exactly!  I think there’s such a demand for people who are after ‘How To’ content because you want to see how other people have done it, what they’ve done well, what could be better..  And then what you could make yourself that is unique and different and you.

That’s what I’m all about.  Okay so, odd metaphor, but it’s like a key and keyhole.  I love the idea of you talking to someone and them being able to fit their key into your keyhole and turn it in just the right way.  Because there are some people who have a very specific keyhole.  The idea that a piece of advice might be the one thing that it takes to unlock your creative genius might be the one thing that makes you go “Oh yes, now I know that…” and your whole formula changes.

So it’s my hope with the 99% Perspiration podcast that I might make someone go “Oh, no way. I’ve never thought about it like that before”, and then change the way that they think about something and feel more confident in being able to do it – that’s what I’m all about!

(NOTE – at this point I got a bit confused on what questions I planned to ask. Usually I might edit this out, but it ended up leading to a really interesting tangent about preparing/not preparing questions and going off on tangents.)

So…wow, I’ve totally forgot to write down my questions.

No, I hate prepping questions, I literally never do it.  In fact, that’s a piece of advice – One could say you should always prep questions.  Should.  One might say that.  But I don’t agree with it.

Okay, that’s interesting. So what’s your approach then?

I just like to see how things go when talking to people.  So I’ll sit down with a creative and, yes, I’ll have some ideas in mind – I might have some bullet points I want to cover, but I never write out questions because that introduces this whole formulaic approach to it.

What if someone says something really interesting and you don’t think about it because you’re so busy thinking about the next question?

Who knows, going off on a tangent could end up with that episode of the 99% Perspiration podcast being even more interesting that what we started out with.  That certainly was the case for a fair few interviews that I’ve done.

Getting the balance right between a strict set of questions and a more loose conversation is something I struggle with a bit.  So how much preparation do you have in mind before an interview for your podcast then?

But I would also say that, something that other people have found really useful and something that I do a little, is to have some sort of rigid formula there.  For instance, one question that I always ask without to all of my interview guests is “Knowing what you know now, is there anything that you would have done differently before?”, and that usually provokes a really interesting response.  I always keep that question in there because I feel like having that sense of familiarity when it comes to that question makes it appealing for a listener. 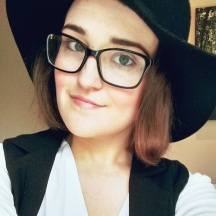 In comparison, Sophie Dishman is a blog writer who takes a totally contrasting approach than my podcast – she has a set structure of questions.  I think there are positives and negatives to that.  On the positive side, as it’s not a podcast the readers can skim-read, and if they’ve read her interviews before they’ll be used to the formula.  That’s an interesting approach; it’s nice and simple for readers which is what you want, isn’t it?

But at the same time everyone you talk to will be different.  Every interview guest will want to answer things in a different way or have a different approach; maybe you’ll be more formal with one person, more informal with someone else…  Depending on where they’re from, or what they do, or just how they feel on the day, what they’re dressed like, whether they engage eye contact, or whether they look like they want to stop talking as quickly as possible because they’ve got too much to do with their time.  “Everyone’s different” is what I’m trying to say, so I never like to structure completely.

Yeah, I think there is a big difference.  I think that some of what makes me interested in podcasting is that it often does sound a bit more informal and sometimes it does feel a bit like you’re hanging out with people a little bit, where with a blog you’re reading it and things sound a bit more serious.

Absolutely.  That being said, I take my podcast seriously.  No offence at all to anyone who wants to make a podcast like this, but I would never want to make a podcast that’s just an unedited conversation around a microphone – although that is a quick and cheap way of podcasting, and skilled in terms of time management.  I aspire to produce my 99% Perspiration podcast more like RadioLab or This American Life.

So, if you take a listen to 99% Perspiration it’s not just people sat around a mic having a long form conversation (except for our live episode 19), it’ll be highly edited with bits taken from all over the place, and interviews mixed together, and mixed with music.

Yeah, pretty much.  99% Perspiration is edited so it contains as much information in that half hour as possible; I’ve cut out all the crap and I’ve made language tighter, I’ve cut the ‘erm’s and ‘umms’, and it takes a long time to do it.  I could just put up full interviews but I don’t think it would be anywhere near as good.

So here I am a one man team for the podcast.  It takes a Sunday.  My Sundays are gone, for editing 99% Perspiration.

So do you record it on the Sunday too then edit it?

Of course, and do you have a list of people you want to get on the show or is it just whoever you can get that week? 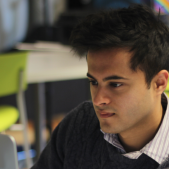 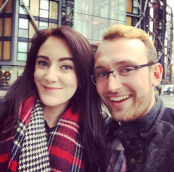 Well, in the worst case scenario it will be “whoever I can get”, but I’m in a good position now where I have about ten recorded interviews, all ready to be edited.  I plan things in terms of who will fit best around others, and or create episodes around a certain theme.  Say, for instance, episode 23 “London Bound” involves two creatives I interviewed who had moved down to London to pursue their careers; Ganesh Rao at Sky News and Alicia Myers, now working with BBC Worldwide. 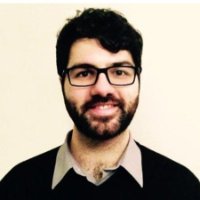 Or, another example, episode 11 is called “Multiple Fingers in Multiple Pies”; both guests advocate doing as much as you can, and both follow various pursuits – that’s Alex Burgess, radio presenter at Capital North East, and head of Lone Wolf Promotions, and Ross Coverdale, who runs marketing consultant agency “RAD Creatives” in Scotland.

Click here to listen to Alex Burgess’ episode of 99% Perspiration

It came to the point where, it towards the end of Season One, it became every two week.  And for the last two months, October and November, I just produced one each month.  And I was like, “no, I can’t continue trying and failing to fit this around my three other jobs, I’m gonna have to take a break from it and come back and do another season later on down the line”.

So that’s what I’m doing at the moment.

So when you do Season Two, will that be a fixed number of episodes like, intentionally more of a ‘Season’ or are you hoping to keep it running indefinitely?

That’s a good question.  I hope not.  I don’t want to go into it with the intention of creating a few episodes.  I want to go in thinking long form again because it worked really nicely for the first nineteen episodes.  I was doing one a week and it was great.  Then life took over. 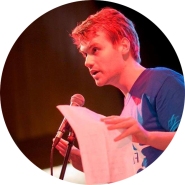 That’s it for part one. Part two will be online on the Juice Festival blog on Monday, and will go into more detail about building up an online audience, networking and what we can learn from Chris Traegar from Parks and Recreation.

Jay again, hey Creatives!  Make sure you check out the Juice Festival blog in return; it may be centered around a festival in the North East of England, but it’s full of content that’s useful for emerging creative types, from around the world & around the year. 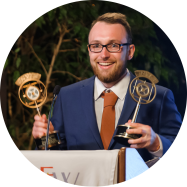