Episode 17 was one of those late night jobs. It took a few days to get the pieces together, but I’ve made it! Been a busy month for me this month.

Basically, I’ve found myself in a new temporary job working with ArtWorks-U, and a central part of my role is producing/presenting a new weekly radio broadcast/podcast called ArtyParti.

More news to follow, lots to update you on…

After 30 years working in a non-creative industry, Diane Gray now manages the community radio station Hive Radio, based in Jarrow, UK. In 2014, Diane won the silver Charles Parker Prize for her radio documentary; and is now working on radio drama alongside her role at Hive.

Richi Jones is a singer/songwriter, and music production student based in the Midlands, UK. This year, Richi won the well-recognised national Open Mic competition, and he’s currently working on his new EP. 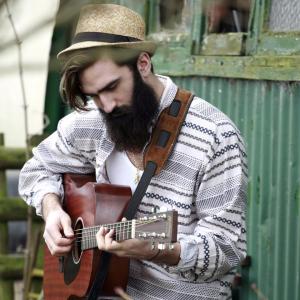 Click here to listen to Richi Jones on 99% Perspiration

We’ll be the first to admit – it’s easy to be lax when it comes to your online presence and content marketing. Too easy. Can you believe we’ve produced a weekly podcast for three weeks now, and not made use of our website?! Well, no longer!

Welcome to the brand new website for @99Podcast. If you’re reading this, you’ve joined us right at the conception of 99% Perspiration (or just scrolled back far enough to see this post, you clever person you!)

At our centre is a weekly podcast with advice from today’s creative industry experts, FOR tomorrow’s – we exist to help people who want to work in the artistic/creative industries.

But we want to be more than just that! This website exists to give added value to the podcast – if you want more from us, then there’s more to us than just half an hour of your time a week!

So watch this space for…

And to kick off, here’s the latest episode of @99Podcast…