Hello, Creatives!  If you’re like me, you’re the kind of person who wants to learn everything.  I may specialise in audio, but it’s so handy to get your head around visual software too!  But, unless you’ve been using Photoshop a while, you won’t know your way around the branding software.  R.Branding are here to make your life easier, with their series of Adobe Photoshop tutorials.

Ryan Booth from R. Branding (who’ll be featured in an upcoming episode of the 99% Perspiration podcast) demonstrates exactly how Spotify brands their images, artwork, and adverts, using a similar duotone technique.

Learn how to stylise your images using the “Blend If” tool in Photoshop; enhance shadows and highlights, giving more depth to your subject / scene.

Hello, Creatives!  One of my side projects alongside running 99% Perspiration is a weekly radio programme called ArtyParti.  We invite guests to chat about artistic & cultural events in the North East of the UK.

END_OF_DOCUMENT_TOKEN_TO_BE_REPLACED 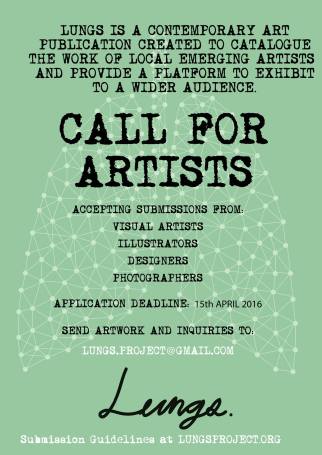 Lungs is an upcoming contemporary art publication based in Sunderland.  It exists to catalogue the work of emerging North East artists, and to provide a platform to exhibit to a wider audience.

With a limited print run, the catalogue will be distributed to local galleries, museums and art organisations, to serve as a reference of the innovative creative work happening on our own doorstep.

Photographer Angela Wingate is one of a team of three bringing “Lungs” together.  We asked her why this project is so important to her:

“I think more than anything, we wanted to show what’s going on around here. Our curating class spent the week in London last month and the culture of the city is so arts focused.  Everywhere!  You don’t get that here.”
– Angela Wingate, Photographer & Co-Founder of Lungs

“Everyone assumes you have to travel to London for arts and culture but there is some awesome work being created in the North East.  We want the galleries and art organisations to know that before they call out to artists down south, see what’s going on right here.

“We want the Lungs catalogue to kind of serve as a reminder… like, ‘Hey, we’re here!’  Hopefully, it will be received well and we will be able make Lungs an annual publication.  And we’re really excited.”

A call for artists based in North East UK is now open until 15 April 2016. Submission guidelines can be found at lungsproject.org.

An exhibition of a selected works will coincide with the launch of the first Lungs issue in September 2016.  To find out more about the project, you can email the team – lungs.project@gmail.com 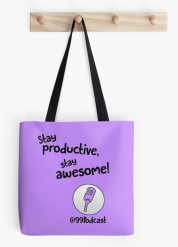 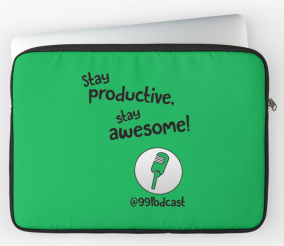 Want to help support us, & buy some snazzy stuff in the process?  Head over to our RedBubble – clothing, mugs, books, bags galore!  We’ll have some new designs on the site soon.

We kick off with an interview with Jason Legget, Project Director of the new “Digital Fabrication” space which is arriving in Sunderland in just two months’ time. The project, known as the Fab Lab Sunderland, will bring 3D printing, last-cutting and many other new technologies to the university and city of Sunderland – their Twitter.

We also intereviewed Jan Williams from the Caravan Gallery, a travelling exhibition which aims to bring communities together through locally focussed art. For much more info, you can check out my previous article on this blog – Caravan of Connections – or visit their official website and Twitter.

I also chatted with freelance photographer Michael Davidson. Based in Sunderland, Michael also works part-time at the Northern Gallery for Contemporary Art. Michael has been working as freelance for the past few years, and honestly I found his advice so down-to-earth and honest. You can find Michael on Twitter, or peruse his recent artwork. We’ve got more content coming from Michael in the future.

Last but absolutely not least, this episode’s music was provided by Sinéad Livingston, a local singer/songwriter. Sinéad has recently begun her journey as a “community musician”, and you can hear all about her passion and advice for other musicians in the podcast. I brought my DSLR with me whilst she strummed and sang by the riverside, so you’ll be able to catch a video of her performance in the next few days. In the meantime, you can check out her recent performance on On’t Sofa – or visit her own YouTube or Twitter.

And if you’re a musician, singer, or play in a band, and are interested in getting your music on our podcast, do get in touch – our email is 99PercentPodcast@gmail.com

Sometimes, I really wonder just how much is going on that I don’t know about. I feel like one of the human characters in a 21st century Borrowers adaptation. Why?

The Pride of Place Project is a collaborative exhibition between the Caravan Gallery and the Northern Gallery for Contemporary Art, and has been open for anyone to walk in  Sunderland since the 3rd of April. For three weeks, it has been sat opposite independent record store Pop Recs, and I had no idea it was there. For three weeks, it has been accumulating work from its bare beginnings when they moved in, and now all the walls are covered in photography, stories and artwork – any artist can send in work and get it on display for anyone who walks in. And in just over a week, it’ll be gone again, as the group head to Bradford to begin the whole process for another few months in a new location. 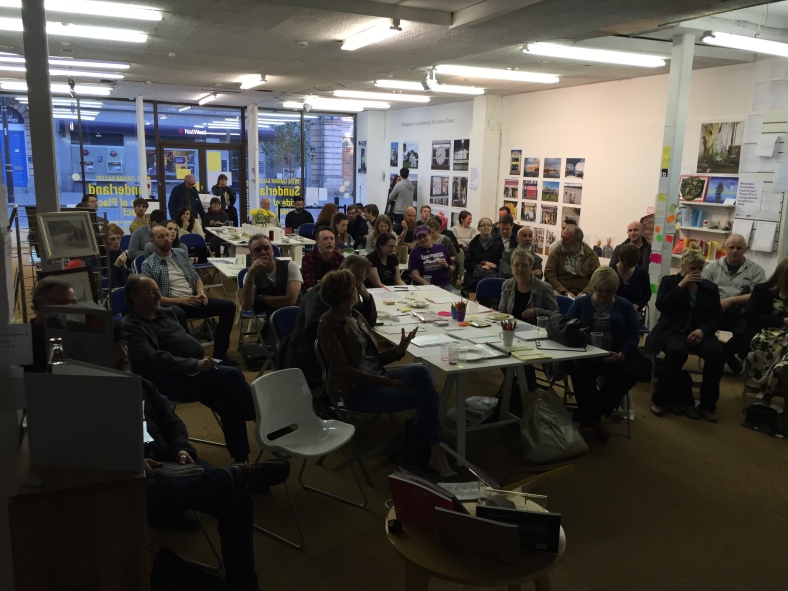 But this Tuesday (April 22nd), they held an open event which a few artistic types in my networks invited me to. Throughout the three hours of mingling, free wine and snacks, were presentations by several artists, photographers and poets:

Theresa Easton from the Sunderland Book Project – “The point of the Sunderland book project is so people have the freedom to pick up a handmade book and read all about Sunderland, without feeling like you can’t in a stuffy environment”, like a museum for instance. Theresa and her collection of handmade books by various artists travel around Sunderland so as many different people can experience the books as possible. If you’re interested in creating a book, Theresa believes it’s a project anyone can get involved in; “People who contribute books aren’t necessarily book-makers, or even artists.” I’d better not put one in then.

Alex Godchild, possibly the youngest member of the entire room, who warmed the crowd with hilarious limericks between poems. I’d quote one but, you know, intellectual property and all that. – “I don’t know why I started writing poetry, but I did.”

Jill Gibson, talking about her contribution to a recent Australian art and feminism event, Taking Up Space – “I then had the challenge of transporting this 60 metre long tube to Australia… In the end I had this piece which was overtaking the building, and had a life of its own.”

Bob Lawson, who got rather invigorated and opinionated, and was very interesting to watch. – “My painting is not about letting the intellectual get in the way,” he says, shrugging away his artistic MA. And then he uses the word visceral. “You can listen to music or opera and it affects you – it’s visceral. Sometimes it can be the same, just with a bit of paint.”

Helen Schell, who showcased her recent project that involved lighting and livening up Victorian statues across the country – “I think Sunderland needs a big art project that everyone can get their hands on and enjoy”.

Sunderland-based photographer Mark Luck, who is “interested in the juxtaposition between the natural & the man-made, the industrial and the wild.”

And a group of arts students from the 80 Metres Above Sea Level project at the University of Sunderland, an awesome project with a couple dozensof students presenting their work in various locations across the city. Including one that received a few seconds of good laughter from the room – “If anyone wants to see my work, it’s in the toilets in the Bridges!” * 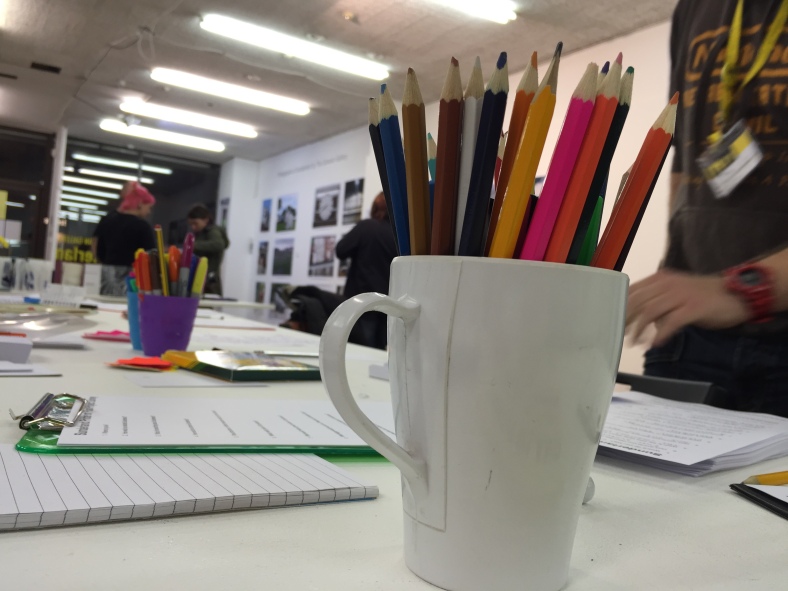 It’s because of nights like this at the Caravan Gallery that these artists can get their workout. Not only can artists showcase their work, but they’re for enabling artists and creative types to network, get together, discuss projects, and potentially even collaborate.

Once you begin going to events like this, you get used to the faces. That’s the power of networking at local events in action. And if you’ve got a keen interest in pursuing the arts, showing your face and meeting people at gatherings like this are so essential. Projects like this exist. Often, quite surprisingly. I was lucky enough to be invited, to know the right people. Once you’re in, you’re more securely in. If you think there’s nothing in your city, chances are you’re probably mistaken. If you’re interested in art, photography, creative writing; do some research, see what’s on in your nearest city/town/tiny little village hall… And let us know if you find anything that inspires you!

If you do happen to live in/near/around Sunderland, you’ve still got just over a week to check it out, as Caravan leave on May 1st. Their next two stops are Bradford and Cardiff.

You can (literally) hear more from the Caravan Gallery’s organiser on next week’s 99%Podcast (Mon 2pm on Spark FM, Thu 6:30pm on Hive Radio. I’ll be interviewing them in a few hours, and squeezing out some juicy advice for artistic types who want to get themselves noticed in the arts world!